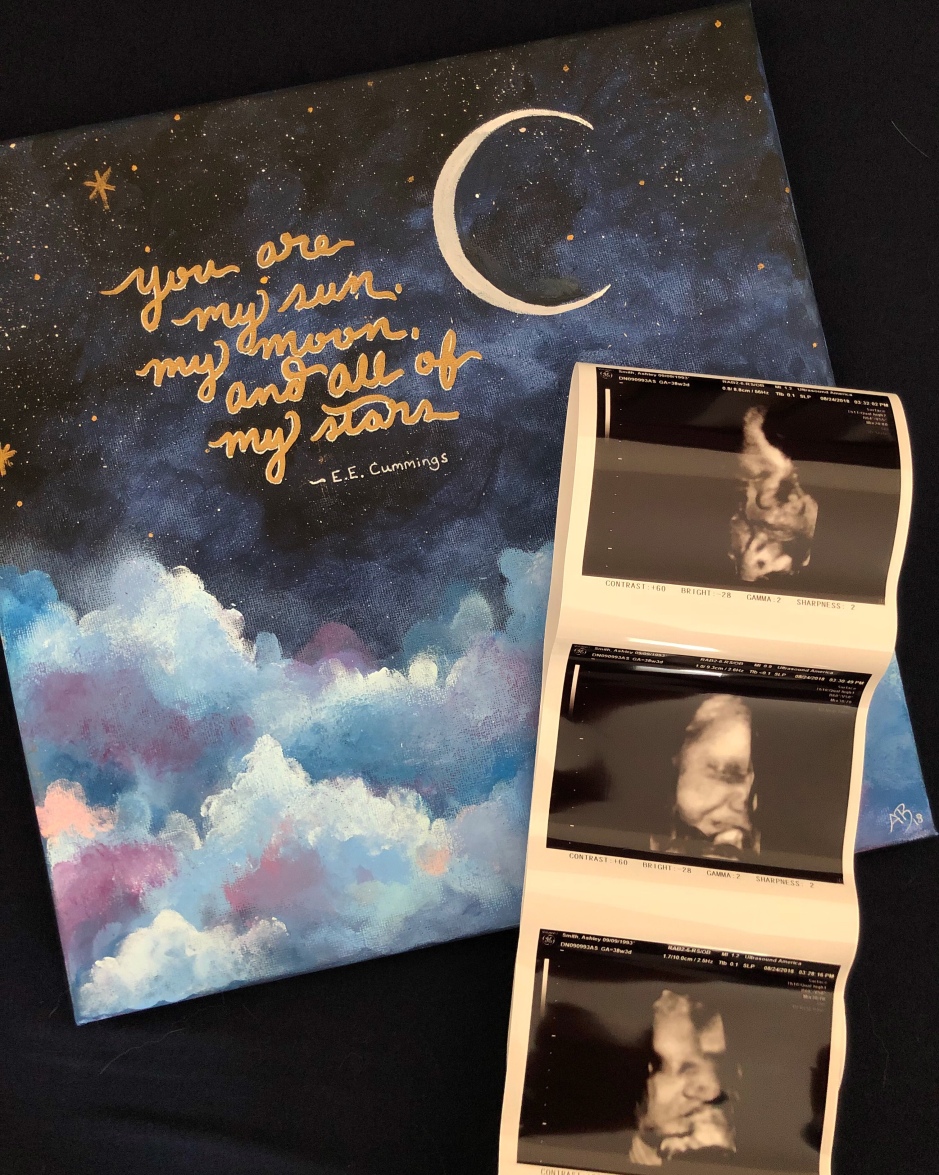 It’s almost been a year since I gave birth to my Sunshine Babe. It feels like it was just a few short weeks ago when I realized that I was going into labor with him. I’ve shared Ellis’ birth story on my blog, but I wanted to do something a little different and write about the day before I had him. It might not be something that everyone cares to read, but I felt it was special to reminisce and document.

Sunday morning was like any other day. We got up and got ready to go to church at 11 a.m. I wore my leopard print dress with the sash around the waist because it felt nice and silky and looked good on my curvy pregnant body. I curled my hair and was feeling pretty good about the day ahead.

The night before I had a very vivid dream about giving birth to my Sunshine Babe. I had dreamed of giving birth twice earlier on in my pregnancy, but the dreams were always a bit fuzzy and hard to remember. Both times I had dreamed of giving birth before, I dreamed that labor kind of started abruptly and went very fast. Some of my family members were usually there, but Brendan was never around. One time I dreamed I gave birth to a boy, the other time a girl. In both dreams the labor was fast and painless. It was as if the labor was a blur. And in both dreams I asked to see the baby afterwards, but the baby was no where to be found, just my family surrounding me.

But this dream was different. In this dream labor happened fast just like in the earlier dreams, but this time I got to see my baby. I remember somebody telling me to look over to the side, and as I did my gaze met my baby’s. He had big, dark eyes and was looking right at me, into my soul. I woke up feeling a little more calm and ready to meet my baby, whenever he would decide to come.

Up until this point, I had been feeling a little anxious and nervous about my baby coming. I wasn’t scared of giving birth, I actually felt very prepared for that. But I was so nervous to become a parent. I was mentally preparing myself to make it to 42 weeks, in fact I wanted my baby to come later. But I had this little flicker of a feeling that he was coming early.

So we went to church that day, and I honestly can’t tell you anything about the worship service or the sermon. I remember that my brother and his girlfriend were there and they sat behind me and my husband Brendan. I remember my brother picked a piece of trash out of my hair at one point during the service.

After church we all went over to my grandma’s house for one more lunch with her before Sunshine Babe arrived. My grandma, brother, my brother’s girlfriend, Mom, my sister, Brendan, and I all ate pizza together for lunch. I don’t really remember what we talked about at the table and I don’t remember what the weather was like. I know I changed into black drawstring shorts and a loose gray t-shirt with daisies in the shape of a heart on it that Mom had bought me from Goodwill back in 2015. I used to wear it when I worked at my school’s campus farm.

My brother kept saying that I was going to have the baby the next day because it was Labor Day. I told him I really didn’t think that was likely since I wasn’t feeling any signs of labor and it was already Sunday afternoon. Everyone laughed at the thought anyway. As we were about to leave, I hugged everyone and then I told my grandma and my sister to feel my belly because it might be the very last time that they were able to. I had no idea how foreshadowing all of this would be.

Brendan and I went out to run a few errands after lunch. We went to Target and Walmart. I just had this nagging feeling that I needed to buy a few more towels and a mirror to have to be prepared for the birth. I went to Target because my sister had found a really cool Harry Potter Hogwarts t-shirt on sale at Target for about $3 and I wanted to see if I could find one before they were gone. Target was busy and I was getting annoyed with all of the women pushing shopping carts and blocking the sale racks. Luckily I was able to find one shirt left that was a Small. So I snagged that and I also bought the cutest little pair of baby moccasins that I had been wanting to buy for Sunshine Babe, and I got the heck out of there.

Next up was Walmart. I despise going to Walmart, and it was really the last place I wanted to go. But I needed some contact solution and I wanted to pick up those cheap towels and a hand mirror for the birth, so we got what we needed and got out.

On the way back home I started feeling a bit emotional and overwhelmed and I had no idea why. I remember when Brendan and I were almost home the song “Control” by Tenth Avenue North came on the radio and I started to tear up. I think I knew that I needed to release the pregnancy, labor, birth, and planning over to God. That moment really stands out to me.

I really don’t remember what we did once we got home. I think we just kind of hung around. I know I kept thinking I needed to go get groceries so we had food to eat and that we would have the fridge somewhat stocked for whenever I did go into labor.

We ended up getting McDonalds and Taco Bell for dinner. Lovely, I know. When we got home we decided to watch the first half of Harry Potter and the Deathly Hallows while we ate our dinner on the couch. We had started watching the Harry Potter series back at the end of July in honor of Harry Potter’s birthday and we were still making our way through them. As I went to go bite into my crunch wrap supreme form Taco Bell I realized that they put meat in it even though I asked for beans instead. There was no picking it out or eating around it either. I was so annoyed and grumpy. Brendan asked me if I wanted to take it back, and I didn’t even want to fool with it.

So after we finished dinner and our movie, we decided that we would drive to Liberty University to walk around on campus. I was on instagram posting about my dream I had the night before for a long while, and Brendan was frustrated by that. But I just felt the need to get that post written. It was dark, and muggy outside while we walked. We ended up walking about 2 miles around campus. We even walked up all the stairs next to the Freedom Tower. I’m pretty sure we stopped to go to the bathrooms while we were there and I remember the curls in my hair had fallen flat from the humidity, and I was sweaty and felt fat and tired.

Since my dinner was a bust we were going to make it up by stopping by Wendy’s to get a $0.50 Frosty on the way home. Well, we went through the drive-thru at the Wendy’s nearest to us and they told us that they only had vanilla frosty’s and it would take about 30 minutes to make the chocolate ones. So we decided to drive to the next one, and to our dismay they said they were out. We made one more drive through to the one on nearest our place and they still didn’t have any. It was about 10pm at this point and I was so irritated and just wanted to go home and watch TV.

And this is where I pick up and start the birth story of my Sunshine Babe.

Looking back now, I see the subtle hints my body was sending to me to settle down, take it easy, and prepare to meet my baby. But I didn’t know because it was my first time and I had no idea what to expect really.